This also connects with the move toward community based approaches to death, dying and bereavement [ 69 ]. Specifically, an awareness by general practitioners and primary care health practitioners of the potential vulnerability of bereaved people up to four years post loss could allow them to be more proactive in recognition of grief-related presentations and providing subsequent support. There are several limitations to our study.

First, since our results rely on data from self-completion questionnaires, we may overestimate the gender effect due to self-reporting bias; females may be more willing to recognise and acknowledge health problems than males. Second, we were unable to determine from the data whether respondents developed uncomplicated or complicated grief, which has clinical significance, particularly following its inclusion as a new diagnostic criteria in DSM-V [ 14 , 70 ]. Third, the data do not provide detailed information about the nature and causes of death which can be important risk factors driving the intensity of grief [ 71 , 72 ].

From Genius to Madness

For example, violent death [ 73 , 74 ], unnatural death [ 75 ] and unexpectedness or unpreparedness of death [ 37 , 76 , 77 ] can increase the chance of developing complicated grief, and hence some of the bio-psychosocial impacts reported in this paper. Bereavement often leads to psychological distress, yet to date there has been a lack of robust data which demonstrates the impact following the death of a close friend.

Bereavement of a close friend is a type of disenfranchised grief. Drawing on the theory of psychological kinship we demonstrated that bereaved females experience more negative and long-lasting bereavement outcomes. Specifically, they experience a substantial fall in vitality, suffered more deterioration in mental health, impaired role-emotional and social functioning than male counterparts for up to four years.

Our results showed that people who were not socially active suffered significant adverse physical and psychological well-being, inferior mental health and social functioning. For respondents who were socially engaged, they received support from other friends and relatives during bereavement, and thus the negative impact was somewhat moderated.


Overall, we presented robust evidence that the death of a close friend matters. The findings have international applicability regarding the impact of bereavement on close friends. The data suggest the need to ensure services are able to assist people who have experienced the death of a friend to develop support networks. Non-bereaved group is reweighted using the Entropy Balancing EB procedure so that the distribution mean, variance and skewness of the socio-demographic variables are matched to the bereaved group.

Click through the PLOS taxonomy to find articles in your field. Funding: The authors received no specific funding for this paper. Introduction In most circumstances, grief is a natural response to bereavement.

Methodology One of the challenges in this study was to match the two groups of respondents those that were bereaved and those that were not given that there are a multitude of factors affecting the bereavement outcome. Fig 1. Short term and long term impact of death of a friend over time. Table 4. Impact of death of a close friend on vitality, mental health, general health, role emotional and social functioning across level of social activity. Table 5.

Palliative medicine. Religion and spirituality in adjustment following bereavement: An integrative review. The role of religion in bereavement. 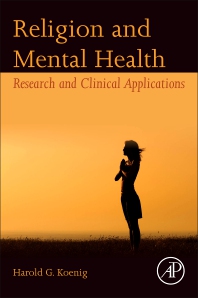 Resilience rather than recovery: A contextual framework on adaptation following bereavement. Health outcomes of bereavement. The Lancet. The role of social support in bereavement. Handbook of bereavement: Theory, research, and intervention: Cambridge University Press; Bowlby J. Attachment and loss: Retrospect and prospect.

Beyond normality in the study of bereavement: Heterogeneity in depression outcomes following loss in older adults. Predictors of complicated grief and depression in bereaved caregivers: a nationwide prospective cohort study. Journal of pain and symptom management.